Lowry AFB is notable for many reasons:

In the 1920s, Lowry Field was an airstrip in Denver used by the Colorado National Guard for flight training in the Curtis JN-4 “Jenny.”

By 1938, Lowry AFB was established with a focus on technical training, aerial photography, and, by the 1950s, air and space technology for missile specialists on the Titan I ICBM.

In 1955, the U. S. Air Force Academy was established at Lowry and remained there until 1958 when the facility in Colorado Springs was completed.

President Dwight D. Eisenhower used the base as his “summer White House.”  His wife, Mamie, had grown up in the area and her family still lived in Colorado.  They would visit often.

When Lowry AFB closed in 1994, the Lowry Redevelopment Authority was established to preserve and foster the re-purposing of the facility.

Today, Lowry is a popular neighborhood with many up-scale homes, shops and restaurants.

And, in the center of town, you will find the Wings Over the Rockies Air & Space Museum!

This non-profit, volunteer driven facility currently houses the Fredric Arnold sculpture, “Lest We Forget:  The Mission.” 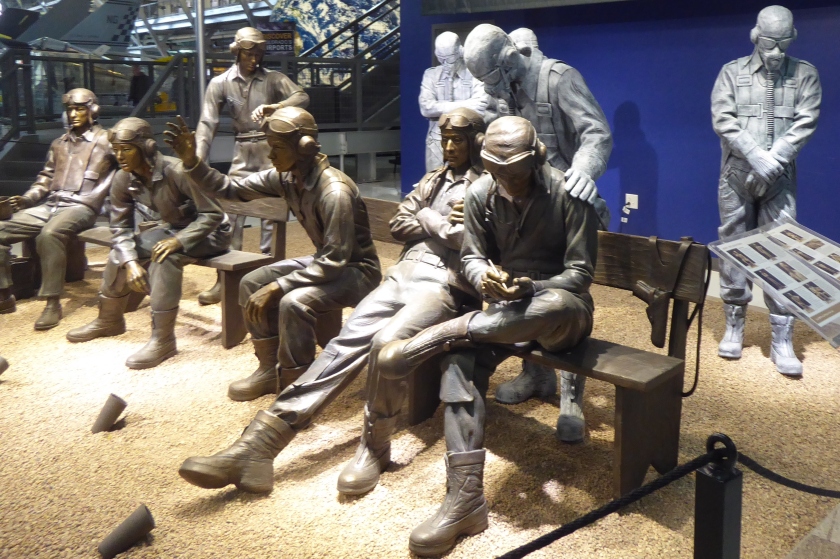 This is an amazing sculpture.  The love and compassion of the artist is evident.  I doubt anyone can view this without wiping away a tear or two!

Let me quote from the Artist Statement: “Of the fourteen original members of my original group of Class 42-J P-38 fighter pilots, only two survived six months of combat:  Jim Hagenback and me.  Much of our survival was due to luck.  Years later, we vowed to each other that whoever was left standing would do something to honor the twelve.  “Lest We Forget:  The Mission” stemmed from our deep gratitude to the twelve original members of our group that didn’t survive to live their lives in peace.”  Maj. Fredric Arnold (Ret.)

This is a 20’ x 20’ tableau depicting 12 fighter pilots during an early morning mission briefing.  The lighter colored pilots looking over the shoulders of their brethren symbolize those men already killed in action.  All are destined to die. 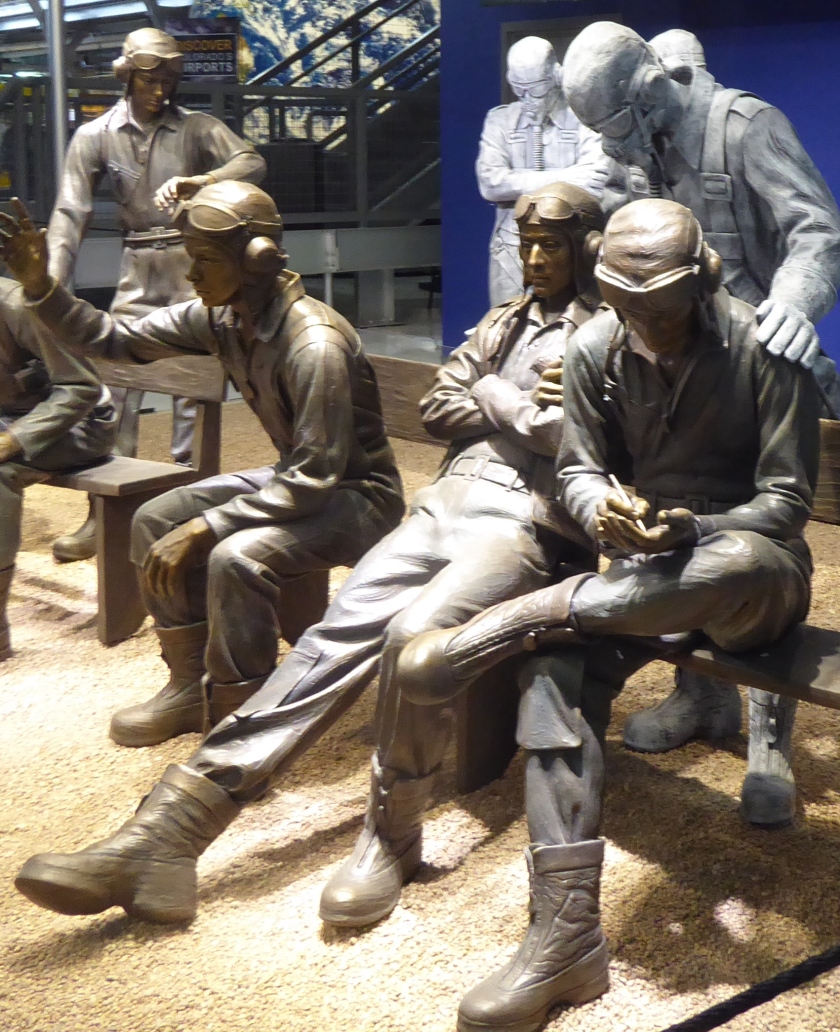 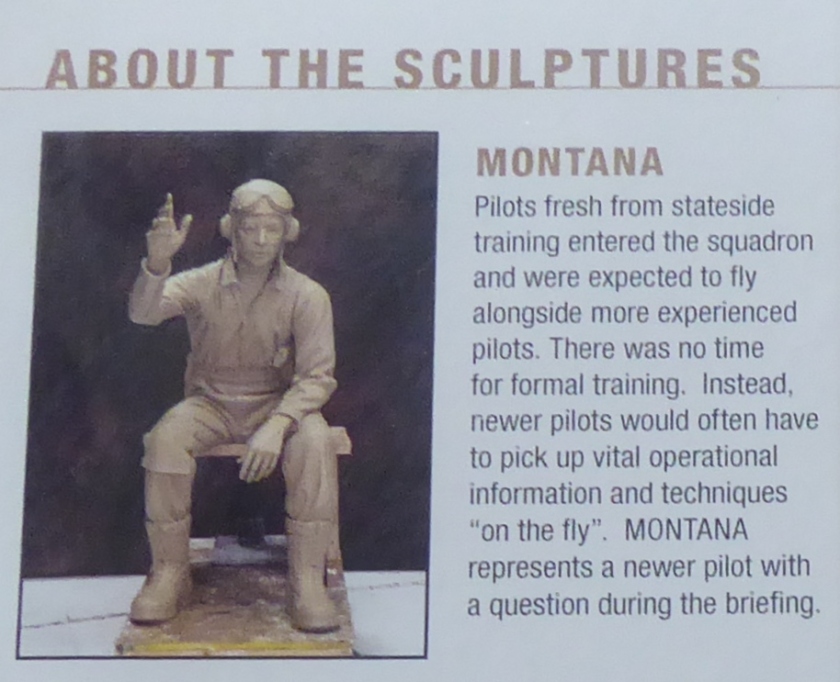 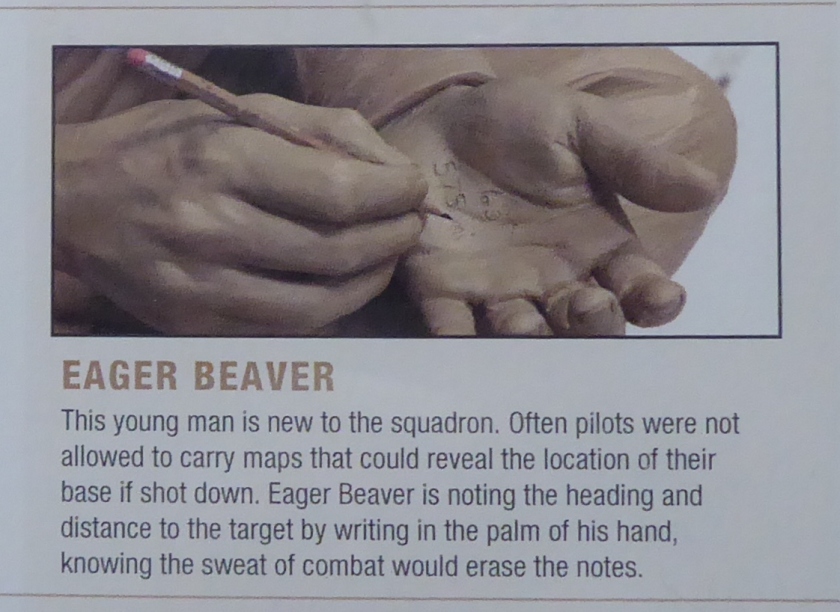 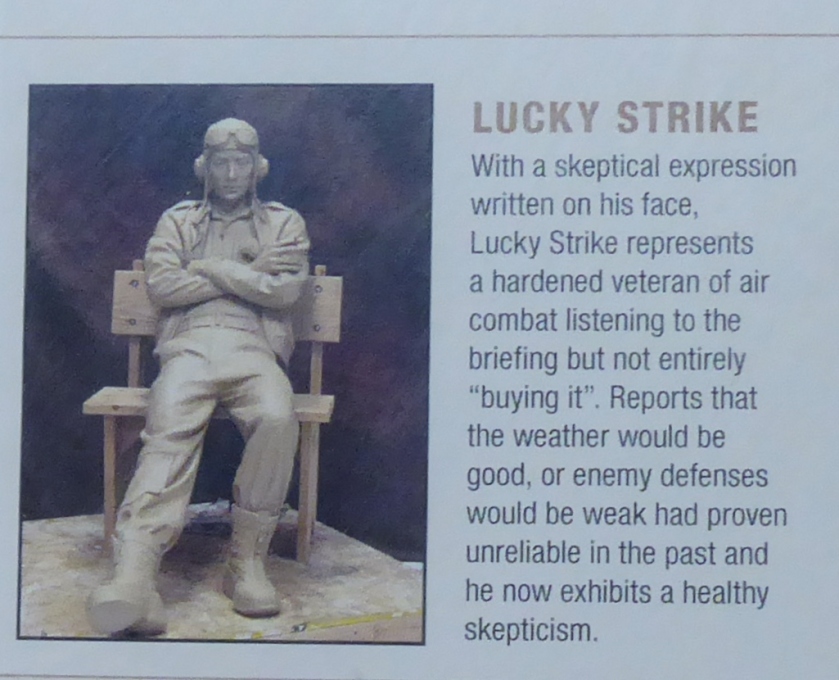 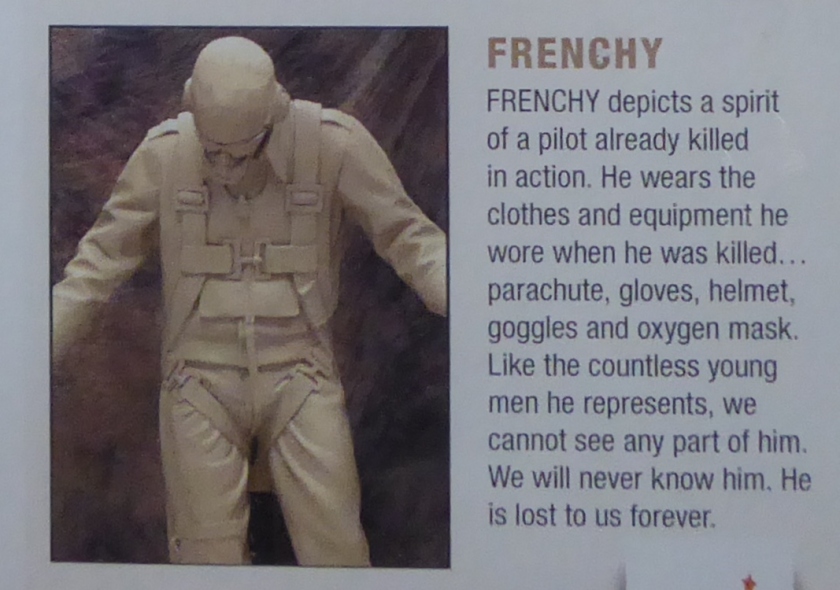 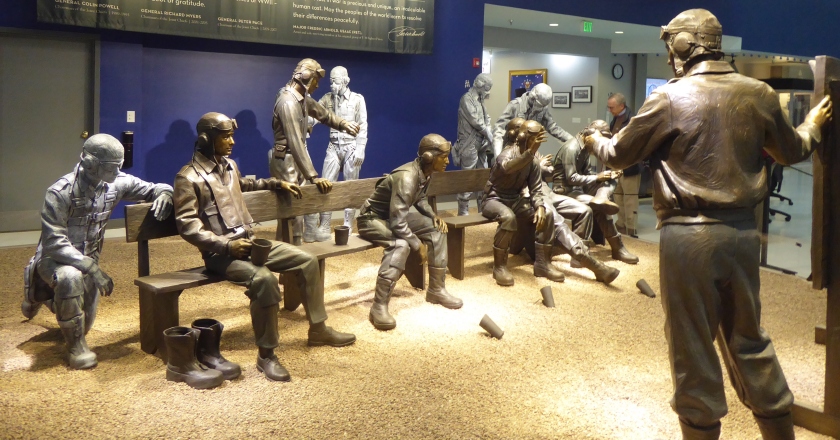 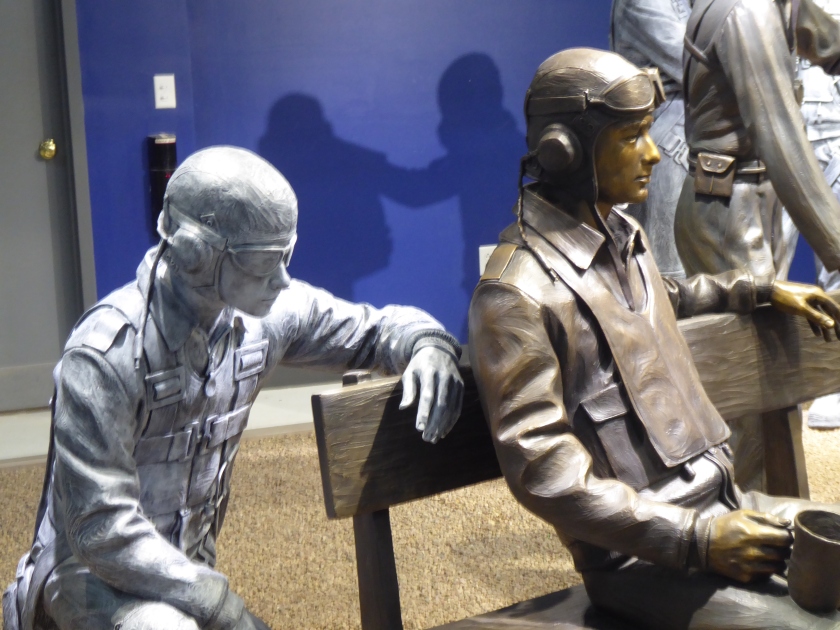 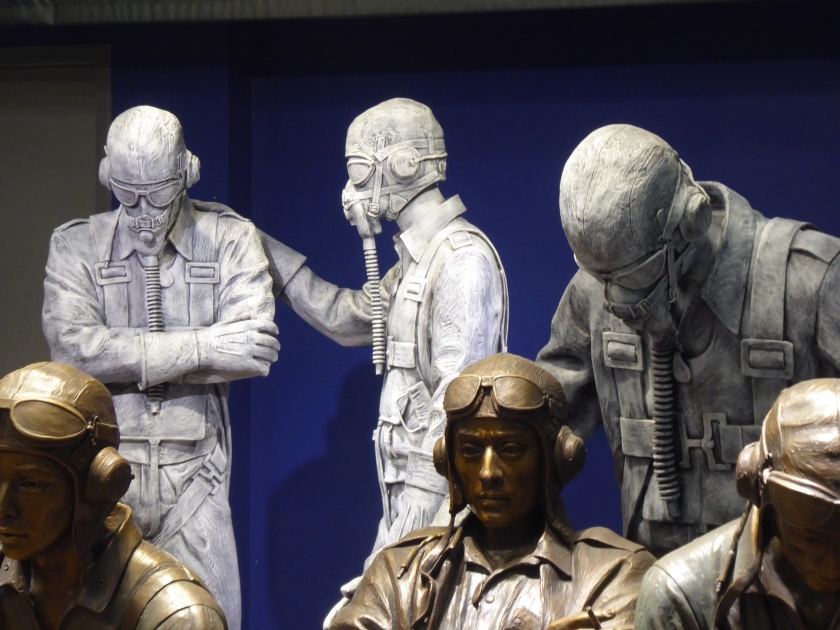 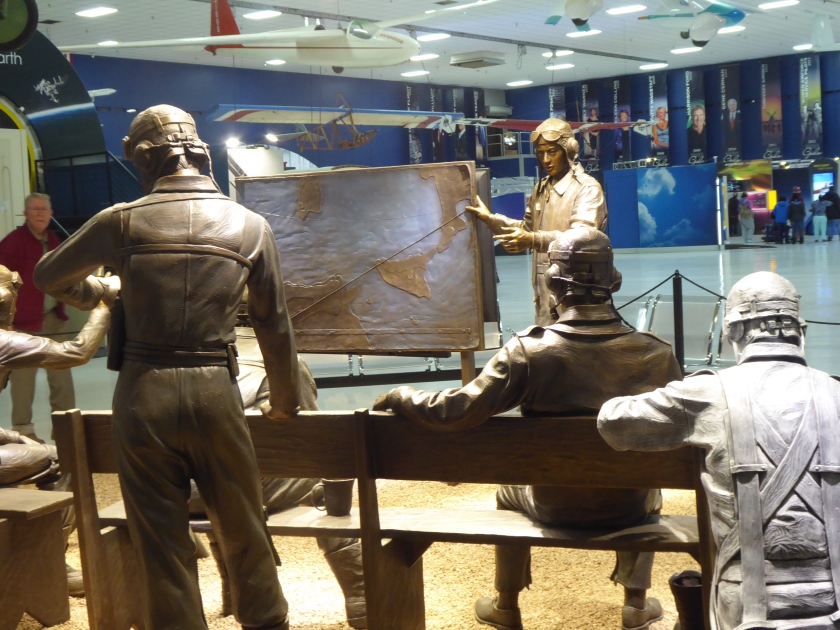 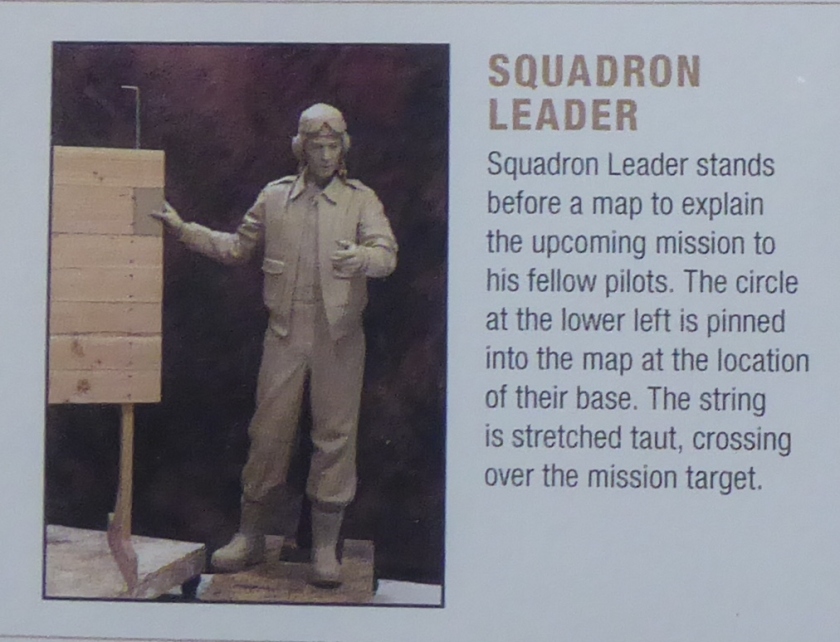 This is something you really should see.  The exhibit will be in Denver until April 2019 when it’s scheduled to move to the National World War II Museum in New Orleans.

This is an awesome exhibit but there is, of course, more to see in both the museum and Lowry itself.

This was a great place to visit!